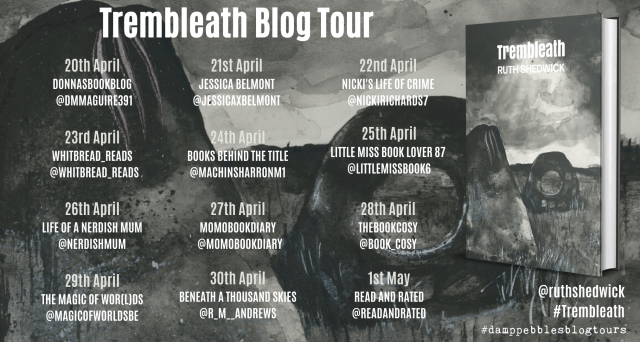 Today is my stop on the blog tour for ‘Trembleath’ by Ruth Shedwick, organised by Damppebbles Blog Tours. I was delighted to participate in this tour, and I hope that you will check out both the author and the book.

Amelia Scott is re-building her life in Southern England following a disastrous relationship. It was going to be an adventure, but when she hears news of a young girl found dead and another goes missing, she quickly begins to learn there is more to Creek Bay than she could ever imagine.

A village hiding a dark secret, two families at war, Amelia Scott gets caught up in a murder investigation with dire consequences.

Trembleath interested me both because of my familiarity with Cornwall, but also because it was a Paranormal Thriller, which is a genre I was keen to explore. This debut novel was an exciting introduction to the genre, and I will say that the paranormal aspects of the story were possibly my favourite parts of the entire story. Especially the mystery surrounding the ‘beast’ which is a mythology/folktale that I have always enjoyed and was well done here, balancing intrigue with enough information to keep you invested, and continually wanting to know more.

There was a steady build-up of pressure throughout the story, and it was done in such a way that it never took over and couldn’t be forgotten. That whisper in the back of your mind that reminds you to keep watching out of the corner of your eye. There were a few places where I felt that the tension, especially in the paranormal sense could have been pushed further without unbalancing the rest of the plot, either through the use of more horror or just increasing the tension that extra knot more. However, as this is the first book in a trilogy, I can understand the decision not to push too far and hope to see how this aspect is expanded on and developed in the future books.

I found Amelia a mostly relatable and easy to empathise with character, as most have us have been in the position where our decisions are dictated by emotion more than anything else. There were a few places, where her habit of following her ‘heart’ did frustrate me because she allowed herself to be carried along, and sometimes made questionable decisions. Still, I enjoyed her as a character, and she was my principal investment in the book because I was worried about what could happen to her, with the mystery going on around her. The love triangle between herself and Seth and William was unexpected, and I am curious to see how that plays out in the next book, and how it will play into the larger plot.

I would recommend this book to anyone wanting to read something a little different, or wanting to give a Paranormal Thriller a go, and I will be looking out for the next book in the series. 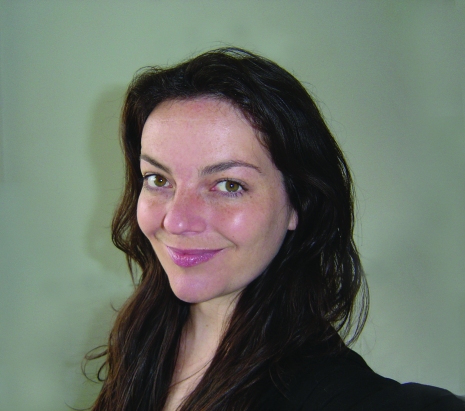 Graduating from Liverpool John Moores University with a degree in Environmental Planning, her passion for the natural environment and love for creatures great and small is evident in her writing. She currently lives on rural moorland on the edge of ancient woodland and shares her home with four cats and a wolf and spends most of her time ‘earthing’. Since an early age, Ruth has been intrigued by the ancient world, folklore, myths and legends and explores the unknown.

As well as writing, Ruth dabbles in Graphic Design and has worked with local charities including South Lancashire Bat Group and Rooley Heritage.

Ruth is also the creative mind behind Ramsbottom Chocolate Festival (first Chocolate Festival in the UK). She organised the event for the first 5 years, winning an award for Best Small Event in Greater Manchester. Capitalising on her passion for the paranormal, Ruth organised the Whitefield Halloween Festival whose specially commissioned beer by Outstanding Beers went on to win awards. Building partnerships with local community groups and businesses for over 20 years, promoting Town Centres and staging large-scale events to boost the local economy and bring communities together.