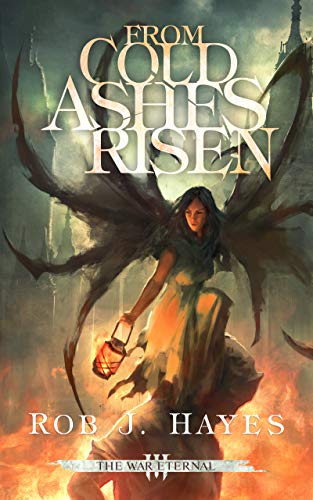 After a brutal conquest stripped the city of its magic, Nahid leader Banu Manizheh and her resurrected commander, Dara, must try to repair their fraying alliance and stabilize a fractious, warring people.

But the death of his people and loss of his beloved Nahri have unleashed the worst demons of Dara’s dark past. To vanquish them, he must face some ugly truths about his history and put himself at the mercy of those he once considered enemies.

Having narrowly escaped their murderous families and Daevabad’s deadly politics, Nahri and Ali, now safe in Cairo, face difficult choices of their own. Though Nahri is finding peace in the rhythms of her old home, she is haunted by the knowledge that the loved ones she left behind and the people who considered her a savior, are at the mercy of a new tyrant.

Ali, too, cannot help but look back, and is determined to return to rescue his city and the family that remains.

As peace grows more elusive and old players return, Nahri, Ali, and Dara come to understand that in order to remake the world, they may need to fight those they once loved…and take a stand for those they once hurt.

(N.B. This is the US cover, the UK cover has yet to be released)

The Steel Horde has laid waste to the Venerable Kingdom, unleashing a storm of fire and blood. Now the leader of this mighty host – Kehlbrand, the warlord who thinks himself a god – turns his eyes to the other merchant kingdoms. No one can stop his divine conquest.

No one, perhaps, except Vaelin Al Sorna.

Yet Vaelin is on the run, his own army in disarray. Worse, the new blood song he has acquired is as much a curse as a blessing, and seeks to guide him down a path far darker than he could have imagined . . .

In the humid jungles of Ixatal, a war has been raging for fifty years as the Pecha, by order of their supreme ruler the Singer, conquer their neighbouring tribes and bring them into the glory of the Empire of Songs. Only the Yalotl and their neighbours, the Toko of the hills, remain.

Meanwhile, the Toko fight a second war – against the Drowned. Clawed and fanged humanoid predators who dwell in water, luring unwary victims to their deaths.

As the Pecha army advances ever closer, conquering Yalotl land and taking its people as slaves to the glory of the Singer and their gods, the Toko must find a way to survive the war and the waters both. But within their home, the Cloud City, not everyone is who they seem, and one people’s gods are another’s monsters.

After saving her nation of Nikan from foreign invaders and battling the evil Empress Su Daji in a brutal civil war, Fang Runin was betrayed by allies and left for dead. Despite her losses, Rin hasn’t given up on those for whom she has sacrificed so much – the people of the southern provinces and especially Tikany, the village that is her home. Returning to her roots, Rin meets difficult challenges – and unexpected opportunities. While her new allies in the Southern Coalition leadership are sly and untrustworthy, Rin quickly realizes that the real power in Nikan lies with the millions of common people who thirst for vengeance and revere her as a goddess of salvation. Backed by the masses and her Southern Army, Rin will use every weapon to defeat the Dragon Republic, the colonizing Hesperians, and all who threaten the shamanic arts and their practitioners. As her power and influence grows, though, will she be strong enough to resist the Phoenix’s intoxicating voice urging her to burn the world and everything in it?

What are some books that you’re looking forward to this year or next? Anything I should be adding to the towering tbr?