Today is my stop on the blog tour for ‘Ground Rules’ by Richard Whittle, organised by Damppebbles Blog Tours. I was delighted to participate in this tour, and I hope that you will check out both the author and the book.

Called out one night in the hope that she can identify the body of a man found in a field, Edinburgh forensic geologist Jessica Spargo – Jez – inadvertently becomes involved in the investigation of a university lecturer’s murder. The investigating officer, Tom Curtis, hands her a small glass vial and asks her to analyse its contents. She agrees to do it. The results confound everyone.

Media attention around a seemingly unconnected incident on a construction site near Edinburgh means that all work has stopped. An object discovered beneath the site confounds everyone, including the police. Employed by the firm’s owner to attempt to solve the mystery, Jez falls foul of an uncooperative site manager. Unruffled, she perseveres. Meanwhile, the murder mystery deepens. Despite her reluctance to become further involved, she has her own theories about the origin of the vial’s contents, theories the police do not accept.

To Jez’s dismay there are more deaths. As she says to Curtis, ‘I don’t do bodies. I’m a geologist, I look at rocks. If I’d wanted to look at bits of body then I would have become a surgeon or a pathologist.’

Ground Rules appealed to me both because it is set in Edinburgh, and because of the concept of a geologist helping with a police investigation. Familiar with the city, I loved how the author created such a strong sense of place throughout the book, and even if I hadn’t had that familiarity I feel that I would have been able to visualise the surroundings that this story takes place in, which is a fantastic way of grounding the story in reality.

I was curious to see how the geological aspect would play out, and I will say that was probably my favourite part of the book, because it was a refreshing take on investigation. There was sill enough of the typical investigation process to keep it grounded and moving forward, but the focus and use of geology was fascinating and well applied and you can see the research and experience of the author shine through here.

I did struggle in places with the pacing of the story, which was rather slow until the end, and might be because of the somewhat different approach to the investigation. However, it was not enough to lose my interest, especially towards the end where the need to find out how the investigation would end was pulling me forward, and I feel that the pacing was made up for with the characters. In particular Dr. Spargo was a brilliant character, who was able to hold her own in a situation outside the normal, and make connections that others didn’t, and I found myself very much invested in her role and progress.

This was a refreshing take on a criminal investigation, and I would recommend to anyone looking for something a little different. 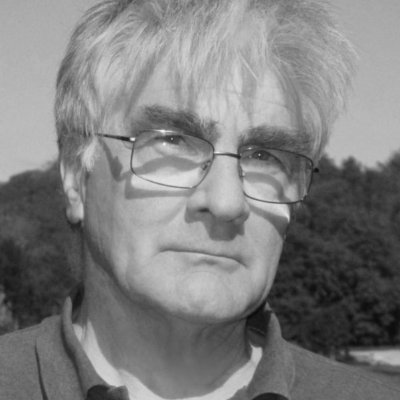 If you’ve read it or read in the future, please feel free to shout at me about it. Or if you have any recommendations for similar books, please shoot them my way.