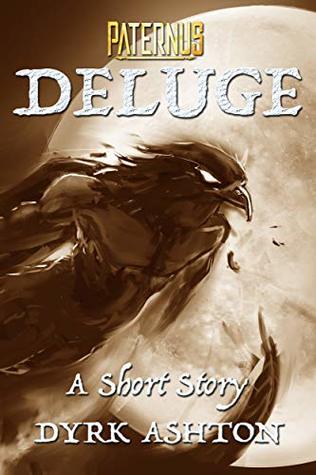 “Deluge” is a stand-alone backstory of two characters from The Paternus Trilogy. In this short story, myths, fables, and legends from around the world are combined to recount the adventures of Fintán mac Bóchra and Myrddin Wyllt in ancient Ireland, and tell the “true” tale of the global disaster known as the Great Flood.

…Then a sound came to them. It began as a rumbling in the deep, then boomed so forcefully even Fintán was amazed. The sound continued, unbroken, growing in intensity. Quivering ripples appeared in the waves, droplets leapt on the surface, water beaded and danced on deck. The ship vibrated so harshly people fell, teeth rattling, vision blurred. Planks loosed at the seams.

On the orlop deck and in the hold, crocks of water and wine shattered and livestock bleated in terror.

A primal fear gripped the people on those ships. The Beast of the Sea was well known by their forefathers, and though it had not been seen nor heard from in many generations, they suspected. Fintán knew. Cetus had awakened.

Fintán’s first thought was to snatch up Cessair and carry her away, but he knew he didn’t dare. She’d never forgive him. She wouldn’t abandon her people. Not even to escape The Leviathan…

I’ve been meaning to read Paternus for a while, and for this would be a nice place to dip my toes and I loved it. It was a fascinating story, and very well written and I particularly enjoyed the encounter with the Leviathan, and I will be picking up the first of the main series next week! 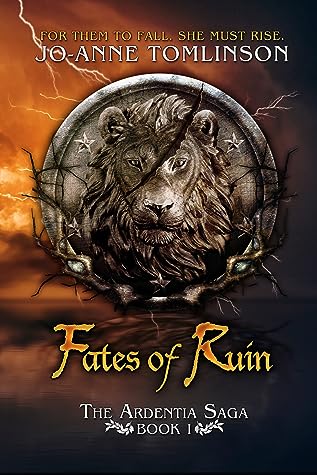 Jahna Mornglow is a thief and a liar, a half-breed of the ostracized Narcean race, born with the gift of fates. With no kindred to call her own, Jahna lives as an outcast, placing her faith in the dagger and the coin rather than family or the silent gods that have abandoned them.
But not all is what it seems. Her world is in danger and when the fates within her awaken, Jahna finds herself the banished heir of a kingdom close to ruin.

The land of Ardentia is vast and magical, carved by the Celestial gods and ruled by their mortal descendants. With a once great king mysteriously ill, a thousand-years’ war raging in the east and whispers of an ancient evil’s return, Ardentia’s salvation now rests on the shoulders of Jahna and her guild of young outsiders.

Enemies will be unmasked, secrets will be revealed and a fragmented artefact will breathe new life into the myths of old.
Spurred by vengeance and grief, does Jahna have the strength to keep safe a world that has shunned and discarded her?

This was an enjoyable read. The first chapter in particular hooked me, but I did feel as though it lost focus a little further in, which made it harder to stay engaged. I felt as though the descriptions and the world-building were done well, and I was certainly left interested and wanting to know more in that respect. I struggled a little with the characters, but I think that may be because I am older than the characters/target audience, although I will say I loved that Lilac was the muscle, and incredibly down to earth and she was easily my favourite character. It will be interesting to see how they and the plot develops in the next book. 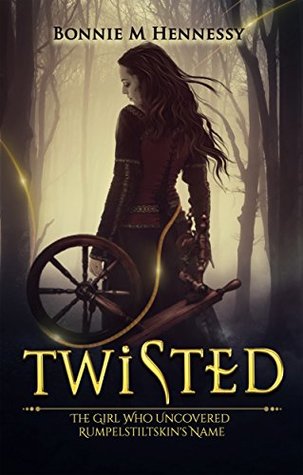 An old tale tells the story of how a little man named Rumpelstiltskin spun straw into gold and tricked a desperate girl into trading away her baby. But that’s not exactly how it happened.

The real story began with a drunken father who kept throwing money away on alcohol and women, while his daughter, Aoife, ran the family farm on her own. When he gambled away everything they owned to the Duke, it was up to her to spin straw into gold to win it all back.

With her wits and the help of a magical guardian, she outsmarted the Duke and saved the day.

Her guardian suddenly turned on Aoife and sent her on a quest to find his name, the clues to which were hidden deep in the woods, a moldy dungeon, and a dead woman’s chamber.

Her feelings for one of the men who tricked her from the start threaten to complicate everything. Not the tale of a damsel in distress, this is the story of a tenacious, young woman who solved a mystery so great that not even the enchanted man who spun straw into gold could figure it out.

Not until Aoife came along.

It took me a little while to get into this one, but once I did I enjoyed it. It was an interesting retelling of the Rumpelstiltskin story, and I felt that its greatest strength came when it deviated more from the original story. Aoife gave me mixed feelings, I liked her when she was interacting with Maeve and when she was focused on improving the land/profit, but at other times she felt a little forced in being ‘different’. I also found the sudden shift in names for the Duke a little jarring as it happened between one scene and the other, and it took me a moment to realise it was the same person. Rumpelstiltskin was done brilliantly though, and I simultaneously felt for him and was creeped out at times. 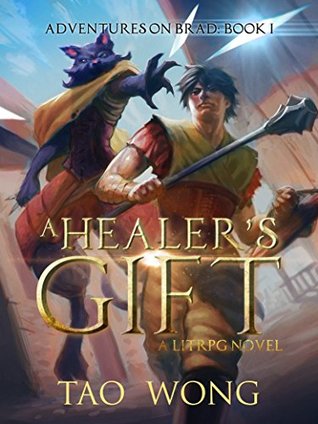 Daniel was Gifted by the gods at birth, able to heal with a touch even the most grievous wounds. Born in a mining camp, he’s unable to still his restless heart and journey’s to a nearby Dungeon town to take his first steps as an Adventurer. Follow his journey in a world filled with monsters, dungeons and a leveling system. A traditional fantasy story with LitRPG elements.

This book had potential but unfortunately didn’t deliver. I very much enjoyed the premise of healing gift that came at a cost, which is something that isn’t explored enough, but unfortunately that was not pursued to the same level as the dungeon delve was. It felt as though there was no overarching plot, or anything beyond ‘leveling up’ which left the story, the world and the characters feeling a bit flat. 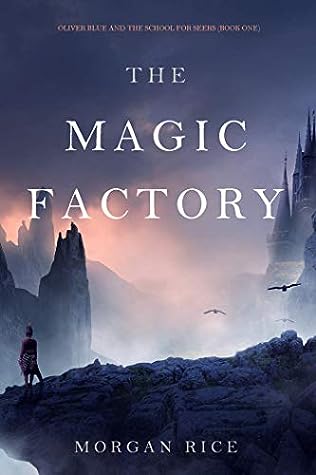 THE MAGIC FACTORY: OLIVER BLUE AND THE SCHOOL FOR SEERS (BOOK ONE) tells the story of one very special boy, Oliver Blue, different than those around him and unloved by his hateful family. Obsessed with inventions, Oliver is determined to escape his horrible life and make his mark on the world.

When Oliver’s family moves again, to another awful house and school, he is bullied and excluded, and sees no way out. But when he stumbles across an abandoned invention factory, he wonders if this could be his way out. Who is the mysterious old inventor hiding in the factory? What is his secret invention?

And might this factory be a portal to somewhere else?

I have mixed feelings about this one. It was an easy read and had I been the target audience then it would have been a lot more enjoyable, although there were some aspects that felt out of place for book for young teens. There were threads of good ideas, but after a slow start it felt far too rushed especially towards the end of the book, and there was so much crammed into the end that it was a bit too much. The similarities with a certain teenage wizard, also can’t be missed, and while this had an interesting spin on it with science and seers, it would have been stronger leaning away from that similarity. I loved the idea of the school though, and would have liked to see that developed further.

If you’ve read any of these, or give them a go in the future give me a shout as I am always happy to talk books. Tomorrow, I will be posting my review of ‘Empire of Gold’ by SA Chakraborty, and then Tuesday I will reviewing ‘We Ride the Storm’ by Devin Madson.