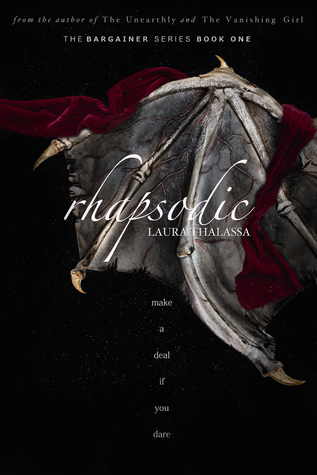 Callypso Lillis is a siren with a very big problem, one that stretches up her arm and far into her past. For the last seven years she’s been collecting a bracelet of black beads up her wrist, magical IOUs for favors she’s received. Only death or repayment will fulfill the obligations. Only then will the beads disappear.

But for one of his clients, he’s never asked for repayment. Not until now. When Callie finds the fae king of the night in her room, a grin on his lips and a twinkle in his eye, she knows things are about to change. At first it’s just a chaste kiss—a single bead’s worth—and a promise for more.

For the Bargainer, it’s more than just a matter of rekindling an old romance. Something is happening in the Otherworld. Fae warriors are going missing one by one. Only the women are returned, each in a glass casket, a child clutched to their breast. And then there are the whispers among the slaves, whispers of an evil that’s been awoken.

If the Bargainer has any hope to save his people, he’ll need the help of the siren he spurned long ago. Only, his foe has a taste for exotic creatures, and Callie just happens to be one.

This was recommended to me, and while it wasn’t my usual kind of book I decided to give it a go and I am so glad I did. I wasn’t expecting to enjoy it as much as I did, but found myself unable to put it down, and I can’t wait to get to the next book. 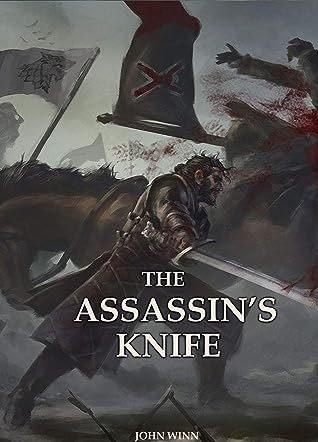 Riggs is a normal teacher except for the fact that he teaches his kids to sword fight, shoot bows, move silently, and fight without weapons. Read more inside…

*summary only available on amazon, not goodreads.

Firstly, I have to say this book was not what I expected from the brief summary and perhaps that is why I struggled with it. However, I also found that the writing felt somewhat stilted in places, and I found myself struggling to get caught up in the narrative or with the characters, although I do feel that the premise has potential. I also really liked the cover for this one. 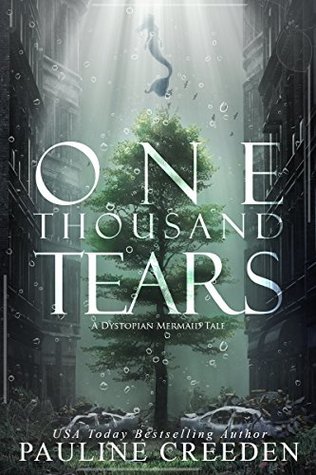 Among mermaids and humans, cruelty has many faces.

One secret Adelaide has kept for as long as she can remember—her love for Jonas. She is the daughter of the clan’s elder; he is a bottom feeder. As Mer, they can never be together. But as humans, it might be possible.

When Jonas’s reckoning comes, he must go to land during the cycle of the full moon. But when the next cycle comes around, he doesn’t return. Fearing what might have become of him, Adelaide follows and gains legs for herself. But living life as a human is much more difficult than she imagined. And finding Jonas is just as hard. To follow him to the underwater city, she must endure the Initiate’s Trial. Her strength and resolve will be tested, if she wants to find Jonas and survive.

Adelaide must prove she’s more than just a mermaid princess.

The characterization and character development was done exceptionally well, especially given the length of the book. I enjoyed the start of the book, and would have liked to have seen more of the Mer culture. I found it harder to stick with the narrative as the book progressed, although I was rooting for the characters. 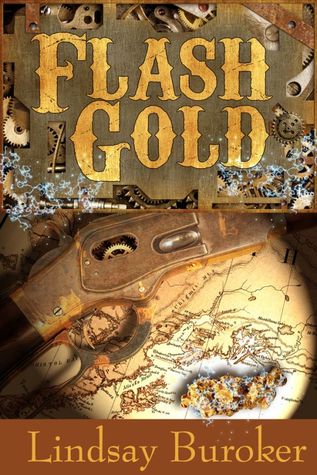 Eighteen-year-old Kali McAlister enters her steam-powered “dogless sled” in a race, intending to win the thousand-dollar prize and escape remote Moose Hollow forever. The problem? Fortune seekers and airship pirates are after her for the secret to flash gold, her late father’s alchemical masterpiece.

With her modified rifle and a pocketful of home-made smoke bombs, Kali wouldn’t normally hide from a confrontation, but taking on a whole airship single-handedly is a daunting task. Unfortunately, the other racers won’t assist her–they’re too busy scheming ways to sabotage her unorthodox sled.

When a sword-slinging stranger shows up, wanting to hire on as her protector, she’s sure he has ulterior motives, but he’s the only one interested in helping her. The question is…why?

This was a fun, action packed read. I loved the steampunk elements, and Kali is a fascinating character that I would like to learn more about. I felt that the ending was a little rushed, although that is more due to the length than anything I think, and I will be checking out the rest of the series.

In Shadows We Fall – Devin Madson 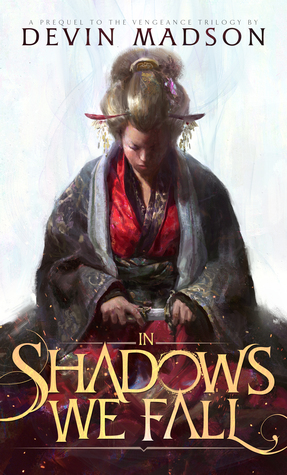 “You will die. Your children will die. The empire will burn.”

Empress Li is out of favour at court. Foreign-born and past her prime, she is to be set aside. But she won’t go quietly. With nothing left to lose, Li will do anything to stop Emperor Lan signing a secret alliance that could tear the empire apart. Yet when her life is threatened, old mistakes come back to haunt her and only a three-year-old boy can change the course of history.

With everything at stake, could an innocent child be the best assassin?

Having just finished We Ride the Storm, I was keen to read more by the author and this seemed like a good stepping stone between that book and starting the Vengeance trilogy. I loved the chance to see more of Kisia, and despite the shortness this book packed a punch, filled with action and twists and I thoroughly enjoyed it.

The City of Dreams (Vale of Stars 0.4) – Hailey Griffiths 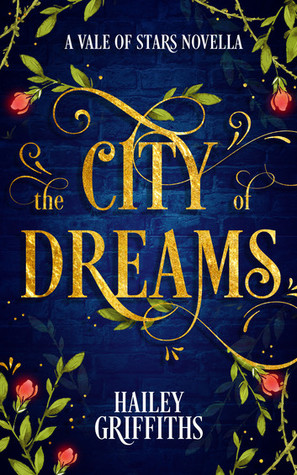 When Ariella, reluctant heir and failed witch, is banished to the bustling city of Pyscoria, she dreads being pulled into the power games of the Blood. She knows it’s only a matter of time until someone discovers the secret of her missing magic. Even worse, she’ll have to mingle.

When help comes from an unexpected quarter, Ariella discovers the first real family she’s ever known. And when her friendship with Prell blossoms into something more, Ariella begins to discover the keys to unlocking her magic.

But the Blood are not known for their patience. When her refuge is threatened, Ariella will need to make a choice: Does she have the strength to defy centuries of expectation, or will she lose the only love she’s ever known?

This was beautifully written, and I adored the worldbuilding that we were given. The characters – especially Ariella were fantastic, and I loved the warmth of the relationships that were developed even within the space of a short book and I will be checking out the author’s other work.

If you’ve read any of these, or give them a go in the future give me a shout as I am always happy to talk books.