Today is my stop on the blog tour for ‘The Summoned Ones’ by Darryl A. Woods organised by Damppebbles Blog Tours. , and I hope that you will check out both the author and the book. 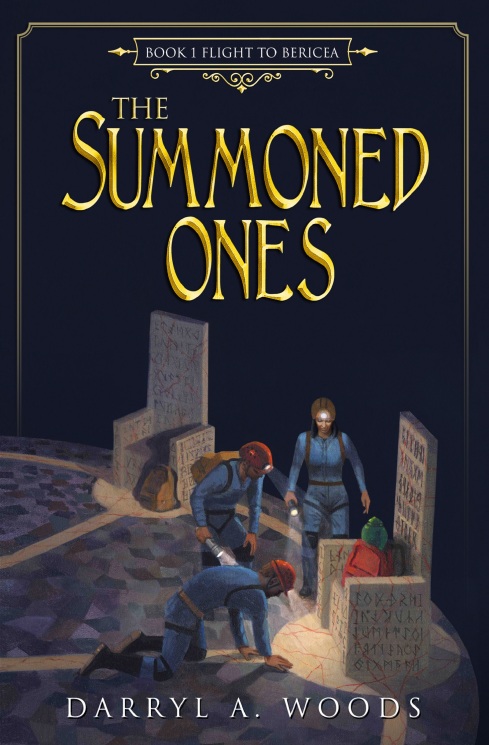 The Bericean army was in Malabrim for the ninth straight fighting season. Over the past 9 years, Zybaro, the leader of a small band of unknowns, had evolved from his days as a minor usurper of a tiny kingdom. Now, almost the entire country of Malabrim was under Zybaro’s control, and his army was large enough to easily challenge Bericea’s army. Still, Bericea continued its raids into Malabrim, hoping to stem Zybaro’s methodical progress and thwart his tyrannical means of control. Zybaro had seized village after village, forcing anyone capable of joining his army and enslaving all who remained in deplorable working conditions to supply his army.

This latest conflict with Zybaro had pushed General Darnon to a decision, one he had resisted making for over a year. Though he still held grave reservations about the Prophecies, he was willing to support the clerics who would attempt the summoning. The details of the ritual had recently been discovered in an ancient tome. The clerics were confident they could bring forth the Summoned Ones of Prophecy, those mysterious beings who would aid Bericea in its time of greatest need.

Darnon also had concerns about the location of the summoning. It would have to take place farther into Malabrim than they had ventured in many years. And even if the ritual was effective, it would be a great challenge to get the Summoned Ones safely back to Bericea, in addition to the soldiers sent to protect them. However, Darnon felt that morale was so low, if they survived this battle, he owed his troops the hope the summoning ritual could bring.

Join the soldiers of Bericea and the Summoned Ones through a life-or-death struggle. The Summoned Ones was made up of a small college aged group of friends from a small Kentucky town near the Daniel Boone National Forrest, who find themselves somehow brought to a chaotic world through magic. Their epic journey will push the Summoned beyond the limits of their endurance. This unlikely group will discover many truths about themselves and experience another world beyond their imagination.

There is sometimes a debate about prologues in books, and I have to say that The Summoned Ones is an excellent example of why prologues can be great. This book has an interesting premise, and the prologue hooks you in completely, offering both a tantalising glimpse of the fantasy world in the story, but also the perfect amount of action to draw you into the plot. Another reason it worked so well here is that the combat in the prologue is really well written, with just the right balance of action and detail. The return to the ‘real world’ in the opening chapter, was a change of pace, especially as there is a lot of information given here – particularly about the characters – rather than action.

There is quite a large cast of characters, but the author takes the time to develop the characters and let us as the reader get to know them – for now, as they are still growing and developing. This introduction to the characters did slow down the start of the book, but the payoff was that when the plot and pacing picked up, we already knew the characters on an individual level which made it easier to follow them through the story. For the most part, I found the characters likeable and easy to emphasise with, and there were a depth and authenticity to their friendships, which meant that it was impossible not to become invested in their stories. It is rather apparent from the beginning that each character fits into a particular role, but it’s done so well that it doesn’t detract from the story in any way. I would say that the development with regards to their skill and power felt a little rushed, particularly in comparison to their introduction, and it would have been nice to this develop more over time, but as this is the first book this may be explored in the future.

The world-building is another strong point for this book. Both the landscapes of Earth and Malabrim are written with great attention to detail, and the richness, while not necessarily lyrical creates a solid sense of place that pulls you into the world. This was a world that was crafted, and while at times, the detail can feel a little too heavy, it is impossible not to appreciate the world in this book. In particular, I really enjoyed the magic system in the Summoned Ones, which is based on music and song, which isn’t something that I have seen before, and made for a refreshing change of pace, and really made this book stand out for me. Especially with the position of magic and music, and how it was viewed, as it was interesting to explore a world where it was scorned and tolerated rather than fully embraced.

While it did have slight pacing issues, especially with the slow start after that brilliant prologue, this was an entertaining read, and it was a delight to delve into a new fantasy world and new series. I’m interested to see where the story goes from here, and will certainly be checking out the rest of the series when it was released. 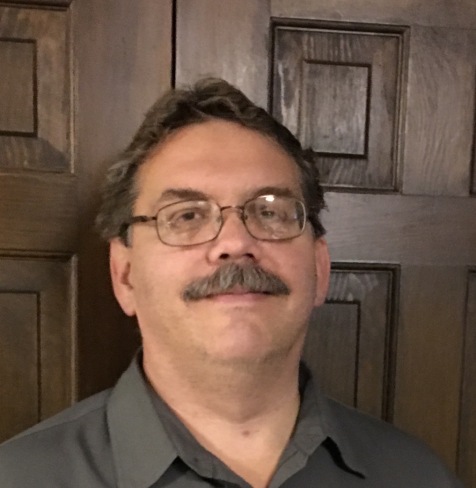 Darryl Woods is a storyteller who hones his craft entertaining coworkers. He also enjoys regaling family and friends with stories of his upbringing in rural Ohio, of the motorized contraptions his father fabricated, and of the timber cutting and sawmill work he did with his father-in-law. With an appetite for reading fantasy, it was inevitable he would choose to write about an epic journey in a world dominated by magic and sword fighting. Join my newsletter to get a short story every 15 days.

The Summoned Ones (Flight to Bericea #1) – Darryl A. Woods (Published in paperback and digital formats by Bresford Ridge Publishing on 29th February 2020) *** (3/5 Stars)

If you’ve read it or read in the future, please feel free to shout at me about this fantastic book.

One thought on “Blog Tour (Book Review) – The Summoned Ones (Flight to Bericea #1)- Darryl A. Woods”