*Disclaimer: ‘I was given a copy this book in exchange for an honest review, all views are my own.’*

Eurik was found adrift by the san and raised by them. Though he had read much about the outside world, he’d never considered leaving home. Not until his teacher revealed what he had inherited from his parents: a living sword, a sentient blade of rare power . . . and with it, the names of his father and mother.

Reluctant to go, yet curious, Eurik sets out to discover who they were, and what happened to them. But is he ready for all the attention his heritage will earn him? Can he survive in a world he has only read about?

END_OF_DOCUMENT_TOKEN_TO_BE_REPLACED

Today is my stop on the blog tour for ‘Divinity’s Twilight: Rebirth’ by Christopher Russell organised by Storytellers on Tour. I hope that you will check out the book and the author, and enjoy the rest of the tour with the schedule in the banner below or (HERE).

There is also a giveaway where you can get your hands on a signed paperback of this fantastic book (Please note this is US only), and the link to that can be found at the bottom of the page.

Disclaimer: ‘I was given a copy this book in exchange for an honest review.’

A millennia old bargain comes due . . .

When two blades clash, the third will fall, and the fate of all will be jeopardized. To save Lozaria, the failures of the past must be atoned for by a new generation of heroes. The time has come for mortals to cast off sight and, in doing so, truly come to see . . .

Seven centuries ago, the forces of order won the Illyriite War on the plains of Har’muth. Darmatus and Rabban Aurelian slew their elder brother, Sarcon, the despotic architect of the conflict, then sacrificed themselves to banish the cataclysmic vortex opened with his dying breath. The first advent of the Oblivion Well was thwarted. Even without their vanished gods, the seven races of Lozaria proved themselves capable of safeguarding their world.

Or so the story goes.

The year is now 697 A.B.H (After the Battle of Har’muth). Though war itself remains much the same, the weapons with which it is waged have evolved. Airships bearing powerful cannons ply the skies, reducing the influence of mages and their spells. Long range communication has brought far flung regions of Lozaria closer than ever before. At the center of this technological revolution are the three Terran states of Darmatia, Rabban, and Sarconia, who have fought a near ceaseless campaign of 700 years in an attempt to best each other. The roots of their enmity lie buried beneath the wasteland of Har’muth, a place all three nations consider best forgotten.

However, an ancient power sealed within Har’muth has not forgotten them, and the descendants of those who fought on that field must now take a stand to rectify the mistakes of the past.

END_OF_DOCUMENT_TOKEN_TO_BE_REPLACED

Today is my stop on the blog tour for ‘The Black Skald’s Verse’ by Jordan Loyal Short organised by Storytellers on Tour. This was an excellent read and has added another book to my TBR as I eagerly await book two. I hope that you will check out the book and the author, and enjoy the rest of the tour with the schedule in the banner below or (HERE). I’m also linking the song that has been stuck in my head ever since I read the title, and was on repreat while I worked on the review – Skalds and Shadows by Blind Guardian.

When a soldier’s murder sparks rebellion in the tiny village of Skolja, Brohr’s past marks him as the prime suspect. Haunted by his brother’s ghost, and drawn into a web of dark pacts and tangled loyalties, Brohr must choose between the path of vengeance set before him, and a chance to forge his own fate.

From the shadows, an all but extinct race of alien demigods have begun the end game of their millennia-spanning war, and one has chosen Brohr for his closing gambit.

But Brohr’s grandfather harbors a dark secret that will change everything.

Above it all, a dread portent looms in the sky, spelling the death of Brohr’s world. With doom spiraling toward them, Brohr must lead an unlikely rebellion, unearth disturbing family secrets, and tame the raging ghost that haunts him. Can Brohr lead his people out of darkness, or will he succumb to his own terrifying bloodlust, and destroy the very people he has sworn to save?

END_OF_DOCUMENT_TOKEN_TO_BE_REPLACED 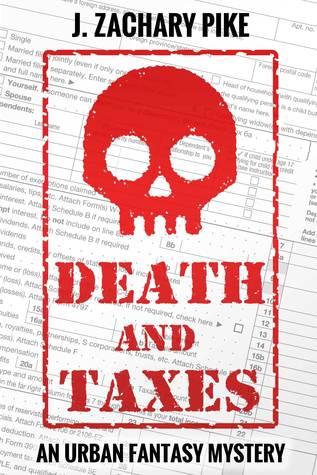 END_OF_DOCUMENT_TOKEN_TO_BE_REPLACED

Today I am reviewing ‘Limbo’ by Thiago d’Evecque which I read as part of the Indie Fantasy Addicts Summer Challenge and thoroughly enjoyed, and I hope that you will check out the book and author. 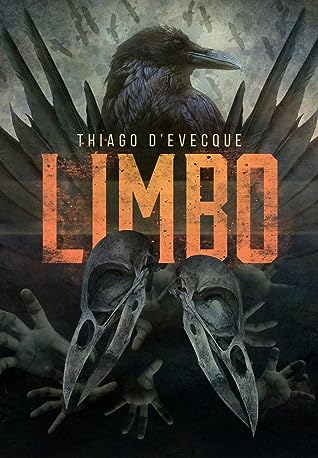 The fate of the world hinges on a forsaken spirit, a mad god in a sword, and 12 mythological beings.

The Limbo is where all souls — human or otherwise — go to after dying. Some don’t realize where they are. Death is a hard habit to get used to. Gods and mythological figures also dwell in the plane, borne from humanity’s beliefs.

A forsaken spirit is awakened and ordered to dispatch 12 souls back to Earth to prevent the apocalypse. Many don’t take kindly to the return. Accompanied by an imprisoned mad god, the spirit must compel them.

Each of the 12 unlocks a piece of the forsaken spirit’s true identity. Memories unfold and past wounds bleed again.

The journey will reveal buried truths about gods, angels, humanity, and the forsaken spirit itself.

If you like epic fights, diverse mythology reinterpreted, and surprising plot twists, Limbo is for you.

END_OF_DOCUMENT_TOKEN_TO_BE_REPLACED

Today is my stop on the blog tour for ‘Shadow of a Dead God’ by Patrick Samphire organised by Storytellers on Tour. This book had already been on my radar and my TBR because of SPFBO 6 which is currently running, so I leapt at the chance to participate in this tour. This was a fantastic read, and  I hope that you will check out the book and the author, and enjoy the rest of the tour with the schedule in the banner above or (HERE).

Also please check out the bottom of the post for a giveaway, and a chance to get your hands on a copy of this brilliant book.

A dead god. A brutal murder. One second-rate mage.

It was only supposed to be one little job – a simple curse-breaking for Mennik Thorn to pay back a favour to his oldest friend. But then it all blew up in his face. Now he’s been framed for a murder he didn’t commit.

So how is a second-rate mage, broke, traumatized, and with a habit of annoying the wrong people, supposed to prove his innocence when everyone believes he’s guilty?

Mennik has no choice if he is going to get out of this: he will have to throw himself into the corrupt world of the city’s high mages, a world he fled years ago. Faced by supernatural beasts, the mage-killing Ash Guard, and a ruthless, unknown adversary, it’s going to take every trick Mennik can summon just to keep him and his friend alive.

But a new, dark power is rising in Agatos, and all that stands in its way is one damaged mage…

END_OF_DOCUMENT_TOKEN_TO_BE_REPLACED

So this is up a little later than planned, as my laptop is slowly dying (the fact that it is alive at all is a miracle, especially as it had an encounter with the bath a few years ago) and refused to connect to the wifi at all yesterday. As part of the IFA Summer Challenge, I will be posting mini-reviews once a week to share what I’ve been reading, my thoughts and hopefully to recommend some fun indie reads to you.

For, week one I read 10 books (furlough and bad weather, is good for reading). One of these was a reread of ‘Of Honey and Wildfires’ by Sarah Chorn (Review), which is also an contestant in this year’s SPFBO and deserves all the love in the world. I also, finally got to finish The War Eternal trilogy with ‘From Cold Ashes Risen’ by Rob J. Hayes which I reviewed a couple of days ago (Here). The others, are below and are from authors that I hadn’t read before.

END_OF_DOCUMENT_TOKEN_TO_BE_REPLACED

Beneath A Thousand Skies
Powered by WordPress.com.